Rustproofing and undercoating protects your vehicle from salt and chemical related rusting mostly in the undercarriage sealing out water, mud and salt. Doors, fenders, hood, trunk and panels prone to rust are also treated in our service.

Why is car undercoating so important to all drivers? Your car is a major investment, and it should be protected! Overtime this rust will cause corrosion and can lead to part failure and a whole host of other issues. Rust is not just ugly but can trigger a number of different system breakdowns, such as leaks that can lead to gradual fuel wasting and even sizable components like the engine and transmission failure. System harm can be frustrating. If you don’t defend your vehicle with something, then you may make it a lot more vulnerable to system harm.

Rust will reduce the life and residual value of your vehicle not to mention safety hazards and so it’s vital to take steps to prevent rust from happening!

Fast & Reliable
we have the precision tools and advanced techniques to ensure everything gets fixed flawlessly. We guarantee 100% customer satisfaction.
Book an Appoinment 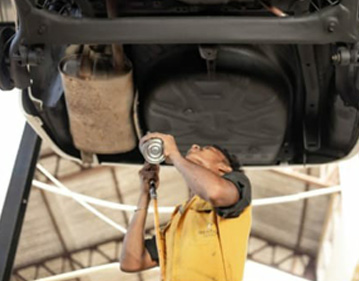